Community Pack 1 is the fifth card pack available in 100% Orange Juice! The pack requires no DLC and was the fifth pack, released with the introduction of Version 1.21. The community pack contains the least amount of cards out of all the packs (tied with the Community Pack 2) with 6 cards: 1 rare, 2 uncommons, and 3 commons. In total, the pack adds 1 battle card, 1 boost card, 1 event card, 2 gift cards, and 1 trap card.

Unlike any of the previous packs, Fruitbat Factory held a contest to submit ideas for card effects.[1] Once the card effects were chosen, a second contest was held for the artwork.[2] As a result, cards feature designs by different illustrators from the community.[3]

The Community Pack 1 has six different variants of booster pack art, each based off of one of the cards in the pack. The booster pack art which is shown in the Shop changes every time the game is launched.

Before Version 3.5, Community Pack 1 was represented solely by the Treasure Thief variant. 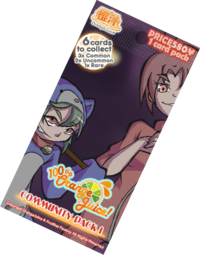 Dark Side of Business 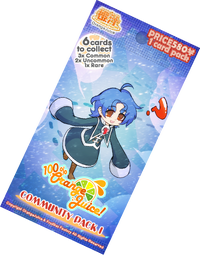 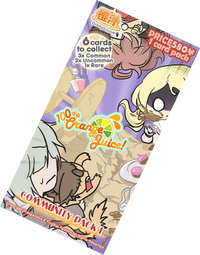 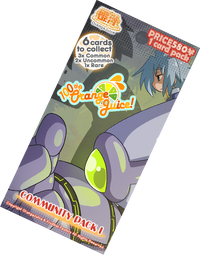 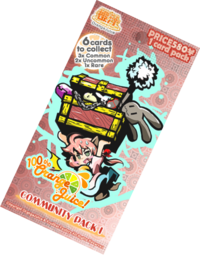 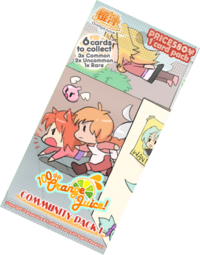