Configuration menus allow the player to customize the game's visual and audio settings. These settings are saved between play sessions in a file named config.dat.

Each time the player starts the game, the launcher dialog appears immediately before the main game window opens. The settings in the launcher (except for Game Speed) are only applied when starting the game. After adjusting the launcher settings for the first time, the player can simply click the Play button for each following play session.

The config menu can be accessed from the title screen, from the main menu (by clicking the gears), or from the pause menu during a match. 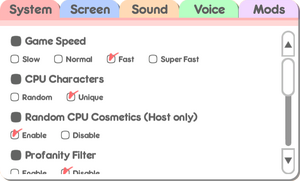 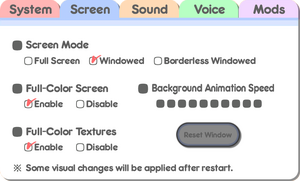 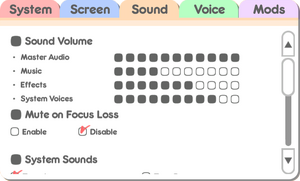 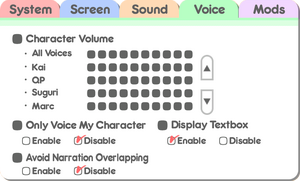 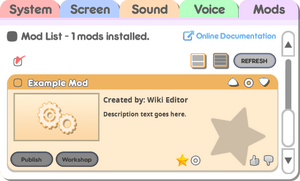 The Mods tab appears when the player has added mods to the game's mods folder, or subscribed to mods on the Steam Workshop. Instructions for creating mods can be found in the Modding Documentation.