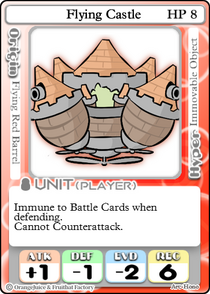 Flying Castle (空飛ぶ城 Sora tobu shiro) is one of the playable characters in 100% Orange Juice!.

Flying Castle is the playable character with the highest base HP, together with Kiriko. In its playable state, it has a passive ability that an opponent cannot use any Battle cards against it if it is on the defending side. However, Flying Castle has the drawback of not being able to counter-attack. This puts it at a disadvantage if it stays in front of another player on the board, as it becomes easy for opponents to constantly fight it. Flying Castle also does not have the greatest stats overall compared to other tank characters, as it does not feature a high DEF stat like Fernet or Kyoko, has a subpar EVD stat, and has a high REC stat.

With these poor aspects, Flying Castle should stay behind enemies aggressively attacking them, making use of its above average ATK stat to prevent going in front of them, or use teleportation cards such as

Here and There or

Warp panels to avoid being caught from behind.

Cons
-Vulnerable to constant player encounters
-Low DEF and high REC make it rely on its rolls and HP.
-Small boards enable enemies to reach and attack it quicker
-Hyper is situational and easy to avoid 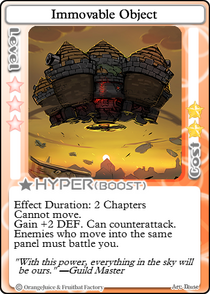 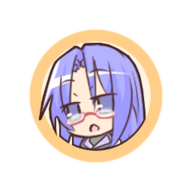 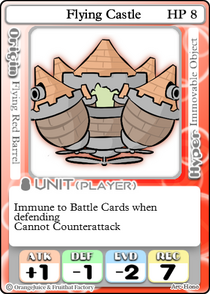 In Co-op mode, Flying Castle's REC stat is increased from 6 to 7, due to its base ATK of +1. Flying Castle's passive does not visibly change; however, there are some situations where Flying Castle is allowed to counterattack in spite of its passive.

Flying Castle's Hyper, Immovable Object, does not visibly change in Co-op, but has a slightly different effect. The Hyper will only force enemies (and not other players) to battle the player, but otherwise functions the same as in Normal mode.

Flying Castle's base stats give it 34 starting stars and a markup of +15% at shops.

To unlock Flying Castle as a playable character, along with its unit card and Hyper card as binder collectibles: