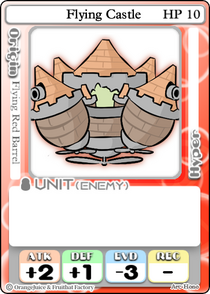 Flying Castle (空飛ぶ城 Sora tobu shiro) is one of the standard bosses in 100% Orange Juice!. As a boss, it features different stats than its playable counterpart.