The following article is unofficial, as opposed to the rest of the wiki. This article is not grounded in fact, by design, and doesn't conform to standard wiki writing policies. Take it with a grain of salt. 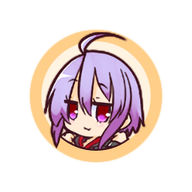 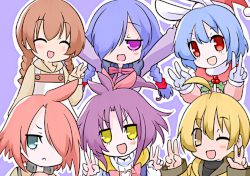 Welcome to 100% Orange Juice! This is a virtual board game for up to four players, featuring a crossover of characters from various games made by the developer Orange_Juice and translated/run by Fruitbat Factory. This short guide is designed to serve as a "guide before the guide" for new players who want some starting advice from more experienced players.

100% Orange Juice! or "OJ", as many players call it, is a Random Number Generator (RNG) based board game with panels, field events, cards, and various characters to add elements of challenge and strategy. As a result, the decisions you make will have a large effect on the game's outcome; however, RNG will more often than not decide who will be victorious. As luck in and of itself is fickle, the player should expect both fun and hardship while playing the game. 100% Orange Juice! can be very addicting and relatively easy to pick up after a few hours, but takes many hours to master. Even with mastery, however, you may not triumph over your RNG.

Learn Your Characters.
Knowing what each character is good at is necessary to play well. Any experienced player knows that you won't pack attack cards for a tank character or health cards for a character that can't heal. Read the character pages if you need extra help and experiment to come to your own conclusions.
Learn Your Cards.
To put it bluntly, know what your cards do. Always read their description completely and read the Card Mechanics page for more info on what specific things on the card mean. When faced with a card they have never seen before, many new players will play the card expecting it do something without understanding its actual effect. Many cards have side effects that may work against the player. The player also needs to know how much each card costs to decide whether using the card is worth it.
Think.
Use your cards wisely and play smart. How can you combo cards? How can you take advantage of your character's stats? Which board direction takes you into the least danger? Should you use a card? Is it worth spending the stars? Are you in any kind of danger? What will your opponent likely do next turn? These are all questions you need to ask yourself while playing OJ. Try to build yourself a strong hand of cards and interpret your opponent's next move. At the end of the day, you can't control what the dice are going to do — in fact, your plans might fall flat on their face — but developing a plan will up your chances of winning. Don't "Just do things".
Take Risks.
Perhaps the worst thing many new players do is not acting at all. There have been times in multiplayer matches where the first player simply waltzes to victory. No one attacked them, no one tried to stop them in any way — they collected their stars, went

Home, and simply used traps and what not to keep everyone else behind. It's okay to be afraid of how the other player will retaliate, but a lack of action is more harmful to your game than anything else. More often than not, the winner of a game is the person who either had the most luck or the most skill. The only way to beat an opponent is to bite the bullet and take risks, but this is why you develop a plan with the cards in your hand.
Relax.
Hold the salt. It is often easiest to take an apathetic approach to OJ. It's alright to focus on winning, but you need to understand that you will probably lose a lot. Thus it's best to take a kind of "foolish optimism" approach. The journey is the destination, that's why the game is addicting — you just don't know what will happen. If you lose, so what? You did your best, didn't you? Is there anything you can do about it now? As stated previously, the winner is almost always the person with the most luck or the most skill. It's a party game, but it can be a pity party at times. Whether you're at level 10 or level 300, it makes no difference. Your experience will make you a better player, but it won't guarantee you will win, so relax and just have fun. Play the game because you want to, not because you "have to win" in your mind. If you win, awesome, if you don't, well you tried your best and you either got outplayed or got bad RNG. Maybe next game.
TAKE BREAKS.
One of the simplest concepts that many people forget about while playing 100% Orange Juice. Play for fun or don't play it, if you aren't having fun. It is generally best practice to play 3 games at a time, and if they are going well enough, keep going, maybe play 5 or 6 games and so on. However, if after 3 games you already feel the heat in your head and anger in your eyes, stop playing. Don't keep going just yet. Give yourself a breather, have a glass of water, watch some YouTube videos or TV, take out the garbage, etc, and try again. Give yourself some time to cool down; it's important for your mental health while playing, and you'll have more fun if you do.

Things that will Likely Happen in Your First 100hrs

You WILL get frustrated (You might even rage).
There is no question about it. We all will experience a game or games that feel utterly unfair. The deck seems devoid of hyper cards, the opponents seem to have the best luck, and your dice seemingly won't roll over 3. This is perfectly normal and there virtually isn't a single player who hasn't felt this way before. Everyone has a particularly awful game that lingers with them that becomes their "memorable bad story". This is why you need to take breaks from time to time. In particular, bully characters can trigger rage, if the player consistently rolls poorly, so the player should also switch up their character periodically.
You will have trouble with the Campaign.
It happens to everyone. The campaign can be a challenge, particularly with split boards like Lagoon Flight, Extreme difficulty opponents, and of course Tomomo Hell. Like anything else, keep trying and take breaks. Tomomo Hell will likely be the greatest challenge you ever face, especially on Extreme, so it is very important that you stay cool. As stated by the previous post, you will fail to keep calm, but again, this is why breaks are so important. Try to figure out what you did wrong or could have done differently, and reconstruct your deck if you feel the need to. It is also important to remember that the Campaign does not match the online experience, so failing to do well in Campaign does not mean online will be the same. Given that CPUs lack intelligence, they rely on rigged dice as opposed to card strategy, unlike actual players, and thus typical strategy often will not work against them.
You will lose more often than you succeed.
The learning curve can be a bit steep in 100% Orange Juice! and that's why the wiki exists. Like most things, the only way to get better is to fail. You may not get your first win in multiplayer until level 10 or beyond! It happens. Try to learn as much as you can from other players online, and experiment with your deck builds.
You will run into contemptible behavior online.
Don't be this person. People online come in all colors and varieties, and most of them are good. However, you will find those select few who decide to be unnecessarily mean for no reason. If you should encounter such a player, it is advised you mute the person in the chat or leave the game. To mute a player, press the key in the top left of the chatbox and select the person's name. If the player is also particularly unpleased with what was said, they can press the "X" which will erase the entire chat log up to that point. Be kind, ask questions, and have fun in multiplayer. You can find the most fun online if you let it happen.

Cheaters, ye be warned. While 100% Orange Juice! is a small indie type title, the Valve Anti-Cheat system, known as "VAC", is built into the game's framework. Using any program or tool with the intent to modify the player's luck, affect game mechanics, or unlock cards or cosmetics will result in a VAC ban. If you own these tools for other games, do not have them open while playing either, as even if you are not using them, they may trigger the ban system. The most common way for players to get banned is by using the popular program Cheat Engine, which almost always results in a ban. While third-party modifications exist for the game, such things are generally restricted to visual changes and custom languages which will not result in a ban; however, the developer is not responsible for any that do. In short, for your own safety, the safety of your friends, and your wallet, please do not try to cheat or promote cheating. Collecting is a big part of playing 100% Orange Juice! and trying to skip the process with outside programs will more than likely get you banned for life, as Steam is not known for repealing VAC bans once given, even if the player attempts an appeal. VAC-banned games cannot be shared between accounts, so once your game and DLCs are gone, they're gone. Fruitbat Factory also cannot undo your VAC ban, so again, please do not attempt to cheat, as the consequences for being caught doing so will be severe.

Congratulations! You have finished the Intro guide. Hopefully, this will give you a better understanding of what is to come as you go forward. Now to get to the actual game! Go ahead and press any of the topics in the box below or press "Game Mechanics" at the top of the box to return to the previous screen and get started on learning the game inside and out. On behalf of the 100% OJ Wiki, we wish you the best of luck, and we hope you keep juicing with us!


And BEWARE of Marie Poppo! 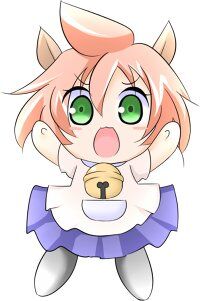