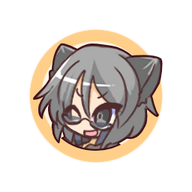 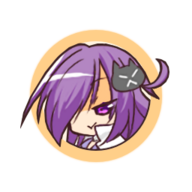 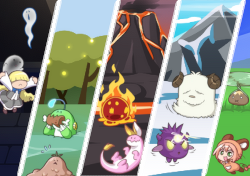 Monsters are special enemies, specific to Bounty Hunt mode, that appear at the different locations around the board, and one of the ways players can earn Fame. Monsters vary in size and strength and, additionally, carry their own passives, which makes them generally riskier than quests. However, they come with the advantage of often providing more Fame gain than quests, for those brave enough to defeat them.

While fundamentally the same, monsters are quite different than the traditional enemies which are located on

Encounter panels in Bounty Hunt mode. Unlike traditional opponents, monsters are not found on specific panels and are instead found at randomly spawned locations. Different monsters may appear at any location, and the player will need the necessary bounty card in order to gain permission to battle the monster. Anytime a location is landed on or passed for the first time, a bubble will appear above the location indicating which monster is at the location. If the player is holding the appropriate bounty card for the monster, a prompt with the monster's current stats and hp will be displayed before the player chooses to fight.

Monsters are then fought at the location in special Bounty battles. While these battles are the same as traditional battles, they possess a Final Battle-like effect. Players will fight with the monster for a total of 10 rounds, or until one side is KO'd or another effect otherwise ends the battle. Given that monsters have much more hp, passives, and stronger stats than generic enemies, power-ups are extremely important to the player's success, as they provide increased durability and power to deal with the prolonged battles with monsters. Upon victory, the player will immediately receive the bounty on the card and it will be removed from their hand. The player will also gain 1 win and receive the effect of the panel after the battle. If the player loses to the monster and is KO'd, the monster's hp will stay reduced, enabling another player with the bounty to potentially finish off the monster. However, once the board's locations reset, new monsters will be spawned at each location, replacing any injured ones.

Each monster has its own unique passives to contend with, which is listed on the bounty cards. Below is the complete list of monsters the player may face in Bounty Hunt mode: