Put It on the Bill

Hello there! I appreciate your interest in this achievement, but... there's currently a bug making it unobtainable, yes there is. We're aiming for a speedy hotfix delivery! 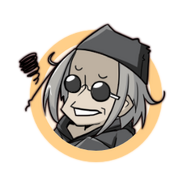 Put It on the Bill is a Steam achievement in 100% Orange Juice. It is one of 7 achievements included within DLC 3.