Do Pirates Fly in the Sky? (Co-op) 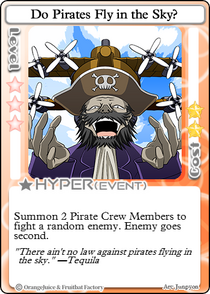 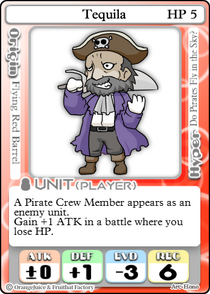 Tequila's main Hyper, Do Pirates Fly in the Sky?, has a different effect in Co-op. When used, two Pirate Crew Member units will initiate a battle with a randomly selected enemy. The enemy will be on the defending side in these battles.

Tequila's secondary Hyper, Flying Pirate, does not appear in Co-op at all.

In Bounty Hunt mode, Tequila's passive is changed to conform with the mode:

Tequila's base stats give him 52 starting stars and a discount of -30% at shops.