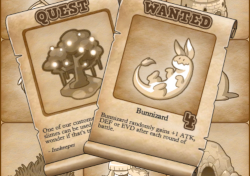 Fame is the key to achieving victory in 100% Orange Juice!'s Bounty Hunt mode, as its collection is necessary for Norma completion. As in the traditional mode, the ultimate goal of a game is to reach norma level 6 before any of the other players, which will result in the player winning.

Similar to the traditional star norma & wins norma, fame norma is collected in a wide variety of ways, however, the primary method to gain fame is through Quests & Bounties.

Home panel- they are not drawn from the Center Deck with

Draw panels or card or field effects like traditional cards. At a Home panel, the player will be promoted to add one of four randomly generated ones to their hand. The player may also view what locations are around them before selecting one of the four cards, by pressing and holding their cursor on the background and moving it to view nearby panels. Additionally, all players are also able to hold 1 additional card more than they normally can. In most cases this means 4 cards, however, some character character-specific exceptions that can hold more or less. If the player ends up with 5 or more cards (this includes quest and bounty cards), they will be forced to discard any amount of cards at the end of their turn, until they have 4 cards.

While their own card type, quest and bounty cards act most similarly to gift cards. Quest and bounty cards must remain in the player's hand for them to remain active. Once the objective on the card is fully met, the card is automatically removed from the hand. Likewise, using a quest or bounty at the beginning of a player's turn will discard it, however, the cards are not added to the discard pile, and are instead removed from the game. If the card leaves the player's hand through any means other than completing the objective, it can no longer be completed or attempted until it is redrawn from a home panel. It is also very important to note that quests and bounties do not stack. Only one card of the exact same type can be completed per hand.

Quests are "fetch quests"- peaceful objectives which involve going to a location to retrieve a quest item and then turning the quest item into a specific shop. Each card features a Monster Hiding Spot and a comment by the quest giver at the bottom. Below is a list of all possible quests the player may choose to complete:

When the player passes or lands on any panel with the hiding spot listed on the card, an "Item Get" message will be displayed and the player will automatically receive the quest item in their inventory. The player must then take the quest item to the shop owned by the listed quest giver. The quest card will then be removed from the player's and Fame will be awarded (an arrow will also appear over the location to indicate the player has an item they can turn in). Quests will always give 2 Fame when completed. It is important to note that duplicates are possible in this process. Holding identical quests or quests with the same hiding spot will enable the player to receive all of the quest items at that location in one pass up to the number of quests in their hand. Likewise, if the player is holding quests with the same designated turn-in location, they will be able to turn in all of the items at once. If the player should lose/discard the quest card, however, the item will remain in their item inventory and they will not be able to turn in the item until they re-select the proper quest card at a

Bounties are kill contracts- fighting objectives that require the player to find the listed monster on the card and defeat it. Each card features a Monster, the monsters passive ability, and the amount of fame that will be awarded upon defeating it. Monsters can give anywhere from 2-4 Fame. Below is a list of all possible bounties the player may choose to complete:

When the player passes or lands on any panel with a hiding spot a blurb will appear to indicate the monster residing there. The player is holding the bounty card associated with the monster, they will be prompted to fight it, similar to combat with a player. Upon defeating a monster, Fame will be instantly rewarded and the bounty card will be removed from the player's hand. Unlike quests, however, it is important to note that bounties do not stack, like quests, meaning that having multiple copies of the same monster bounty will not give double the fame. See the Monsters page for more details on the challenges associated with these creatures.

While combat between players is generally less likely to occur in Bounty Hunt mode, KO'ing any opponent with more fame than the player will award the player with 1 fame (half the opponent's stars will also be awarded as usual). Minions do not award any fame, however. 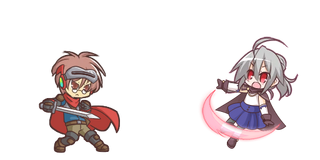 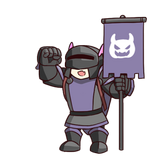 In addition to The Harbinger, Bounty Hunt features a slightly adjusted version of the standard Boss EncounterBoss Encounter
When Norma level 4 is achieved for the first time by any player, all

Boss panels. While Boss Encounter is in effect, any player who stops on a Boss panel will battle the Boss unit. This event will continue until the Boss unit is defeated. field event. When any player reaches Norma level 4, Moss Golem will appear on 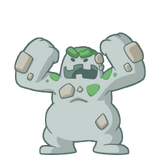 Minigame panels around the board. These panels will trigger a minigame for any player who lands on them. The panels are then removed at the end of the Chapter. field event, which can optionally be enabled (or randomly chosen by MysteryMystery
Every 5 chapters, causes any Field Event to occur.) is slightly adjusted in Bounty Hunt mode. The Win prize, which normally awards the player with 1 Win, will instead award 1 Fame.