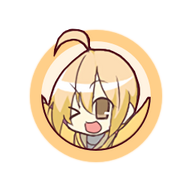 Just a burnt-out programmer who plays too many video games.

Up and Coming[edit | edit source]

I think I'm finally getting the hang of her in PVP.

Peat was my goto character for bounty hunt, and that is starting to carry over into normal mode.

A terrible character to learn the game with, yet the most popular starter by far. People play her brain-dead aggro and get away with far more than they should because of her +2 EVD.

He makes high-level play very dull to watch due to a safe playstyle and high pick rate. Makes for a miserable game unless your character has a way to deal with him.

Ubiquitous really shouldn't let the player norma the turn it is played. It's a really dumb card on an otherwise fine character.

I don't think I've ever hated a character before, but this libidinous little brat is truly insufferable.

I'm either not going to fight you or I'm going to one-shot you, so this card seems like an absolute win. Great in co-op too!

This card really helps out some of the niche characters that I like to play.

It's just a really solid card.

Need to survive? Have an I'm on Fire! Need damage? Quick Restoration! Unreliable and has annoying habit of saving opponents.

A waste of a card slot.

Doesn't this put you in front of an enemy? Why would you want that? Why would you ever play this? Well, I guess Yuki (Dangerous) might... but who else?