This page documents any versions of 100% Orange Juice! that precede 1.2.5, or are trial/beta versions. Some information has been commented out and can be viewed with the source editor. Please use the talk page to discuss future migration to the wiki mainspace. 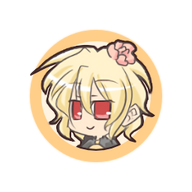 A demo version was released on an undetermined date.[1]

This trial version has the following restrictions and differences:

Version 1.0b was released on an undetermined date.[2]

Wiki note: This version does not have a formal patch note reference. Changes are noted below on a best-effort basis.

Wiki note: This hotfix has no published patch notes. Information on changes will be added here when found.

This trial version has the following restrictions and differences:

To participate, go to the properties of 100% Orange Juice in your Steam Library, then BETAS page -> select "beta - Public Beta" from the dropdown menu.

Progress in the beta version is separate from your main save and will not interfere with that when you return to the normal game build.

There are a number of changes to role mechanics, boss abilities, characters and more, and more will likely be made during the beta.

This update is the result of going through the earlier co-op survey to identify the areas which players were dissatisfied it, and make the mode a more pleasant and balanced experience across the board, for all bosses, roles, and characters.

The beta will run at least until August 15, and depending on feedback possibly longer.

We hope to get lots of feedback on the changes!

Dev note: we're aiming to fix the characters that are considered, for various reasons, to be so good at certain tactics that they make it non-optimal to play any other compositions. At the same time, we're implementing various changes to the roles and bosses so that such "broken" unit compositions aren't required to fight the bosses either. The goal is that you can play your favorite character without worries (as long as the overall group composition makes any sense).

Dev note: this is one of the biggest meta level changes in this update. The goal is to give players more tactical control by being able to prepare for upcoming disasters.