Halena and Cook are here to lead the way!

The greatest guide duo in the world, the walking atlas Halena and weathercock fairy Cook are now playable in 100% Orange Juice for owners of the Halena & Cook Character Pack, which also has a -10% discount for the release week! 100% Orange Juice is also currently -75% off in the Steam Golden Week sale! 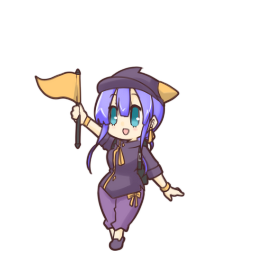 Gain Lvl x3 stars after landing on your own home.

Lose 5 stars at the start of each turn. Ignore Drop panels, traps, and card effect damage. This effect ends when you stop on your own Home panel or have less than 5 stars. 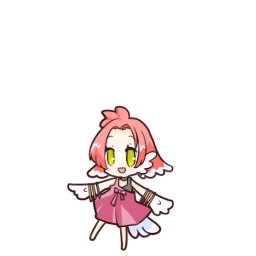 Give a stack of Hungry when using Evade (max 3). With 3 Hungry, gain -1 EVD. Lose all Hungry when landing on your own home.

Hyper - Guidance of the Weathercock (Boost)

Stock Effect. Roll 2 dice for everything except for battle. This effect ends when you stop on your own Home panel. Can only check Norma on own Home panel.

In addition, 3 other new pets have been added:

Robocrab Pet can be won in the Summer Pet Catcher,

Ponycorn Pet in the Pet Catcher and

Funky Fungus Pet is a new uncommon pet that can be drawn from any pet catcher.

To celebrate the release, a one-time bonus of 15

Arcade Tokens is given to all players when starting up the game within the next 2 months.

Dev note - Accelerating Sky's cost to effect ratio was evaluated against other events with stat modifying effects, and was determined to be higher than reasonable.

Wiki note: This hotfix has no published patch notes. Information on changes will be added here when found.