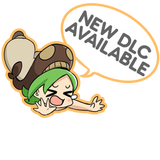 As the prophecy foretold... two long-awaited characters from Flying Red Barrel are here just in time for the holidays: Malt, the former Guildmaster, and the unruly flying pirate kid Mescal!

Unleash nebulous plots on unsuspecting players as Malt, or just have fun cruising the skies as Mescal! 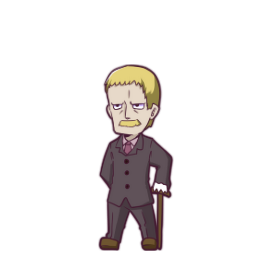 The hard-faced former master of the Guild, Malt, is voiced by Tokiwa Shouhei! Get ready to be bossed around!

Give 3 Wins when KO'd in battle. Cannot challenge to battle. Can set a Battle card without special use requirements as a Trap card without paying its cost. When another enemy steps on it, they will battle you and both player units gain the card's effect. No other battle cards can be played in this battle.

Effect Duration: (Your Lvl) x Chapters. Turn all Bonus and Draw panels into Encounter panels. If an enemy moves onto an Encounter panel with a Battle card you set as a Trap, they must stop on that panel. 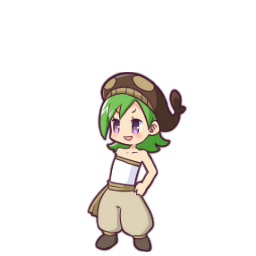 The precious pirate kid Mescal, fostered by Captain Tequila and his Sky Pirates, is voiced by Kuwahara Yuuki, known as the voice of Tohru in "Miss Kobayashi's Dragon Maid", as well as Kohaku in Tsukihime -A piece of blue glass moon- & Melty Blood: Type Lumina!

The two pilots come in 100% Orange Juice version 3.9.4 which also adds many other little changes!

Additional Dev Note: After thorough evaluation, it was determined that non-battle card cards that can be used as battle cards are only battle cards when used in battle..