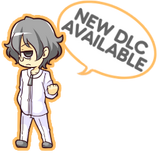 Shifu and Hoshino Reika from the SUGURI universe are now available for owners of the Shifu & Reika Character Pack! The character pack also comes with a new kitten pet, Masshiro!

The DLC is enjoying a -10% launch week discount, and 100% Orange Juice is also currently -75% off in the Fruitbat Factory Publisher Sale! 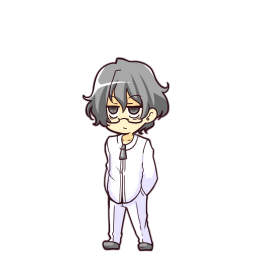 The architect of the Little War in 'SUGURI', Shifu, is voiced by Fujiwara Hikaru AKA Hono himself! Avoid risks and manipulate the battlefield to your advantage!

Place an Invasion trap on each Home panel that has no active trap. Each player will battle a robotic wild unit during their next 2 encounters, and this robotic unit will gain +1 ATK. This effect can stack. 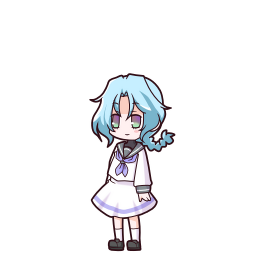 What if the girl known as Star Breaker had a normal life instead? The what-if version of the notorious end boss of 'Sora', Hoshino Reika is voiced by Hirayama Emi (Reika Kitakami in THE iDOLM@STER Million Live! and Star Breaker in 100% Orange Juice)!

Can only choose Stars norma. Gain +1 star from all sources except for chapter bonus or from Star Collector.

Effect Duration: 3 Chapters. Whenever another player gains stars from a panel or battle KO, they gain up to your Lvl fewer stars, and you gain your Lvl stars. Effect expires on KO.

In addition, the DLC will add a new kitten pet, Masshiro! 5 additional color variants of Masshiro can be unlocked by using them as a pet, in steps of 10 games each.

You can view full patch notes on the Steam forums.

Go ahead and go wild!

Dev note: These changes are the result of long discussion, and meant to be a quality of life change for Shifu, not a balance change (though we recognize they will inevitably have an effect on his performance). The aim is to give Shifu more agency over the flow of the game by removing the outlier scenarios where he can be attacked from behind at start of game or right after reviving, without having any defensive options and almost fated to be KO'd. To not make him too strong as a result, the -1 ATK penalty after revive was applied in return. Similarly the healing was made more consistent in nature and player order is no longer a factor for how well it works. We will be watching how these changes play out in practice and may make further adjustments.

Dev note: With these changes we wanted to give more utility to somewhat underutilized hypers that don't give an immediate reward but can create fun play situations.

Dev note: While already theoretically powerful, Santa's Job has been limited by its uncontrollable nature. This change is aimed to make Aru (Scramble) more fun and tactical to play, by giving her more freedom on the user of the Hyper.

Wiki note: Despite the announcement for this hotfix being posted on May 1st, it did not actually go live until May 5th.